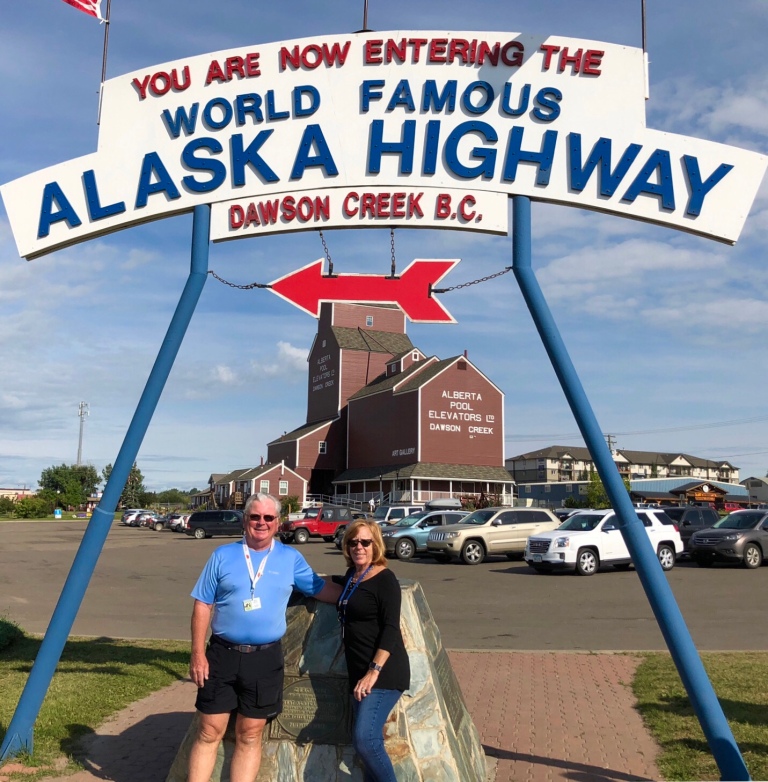 Watson Lake, British Columbia – home of the Signpost Forest and our first stop on the Alaskan Highway. 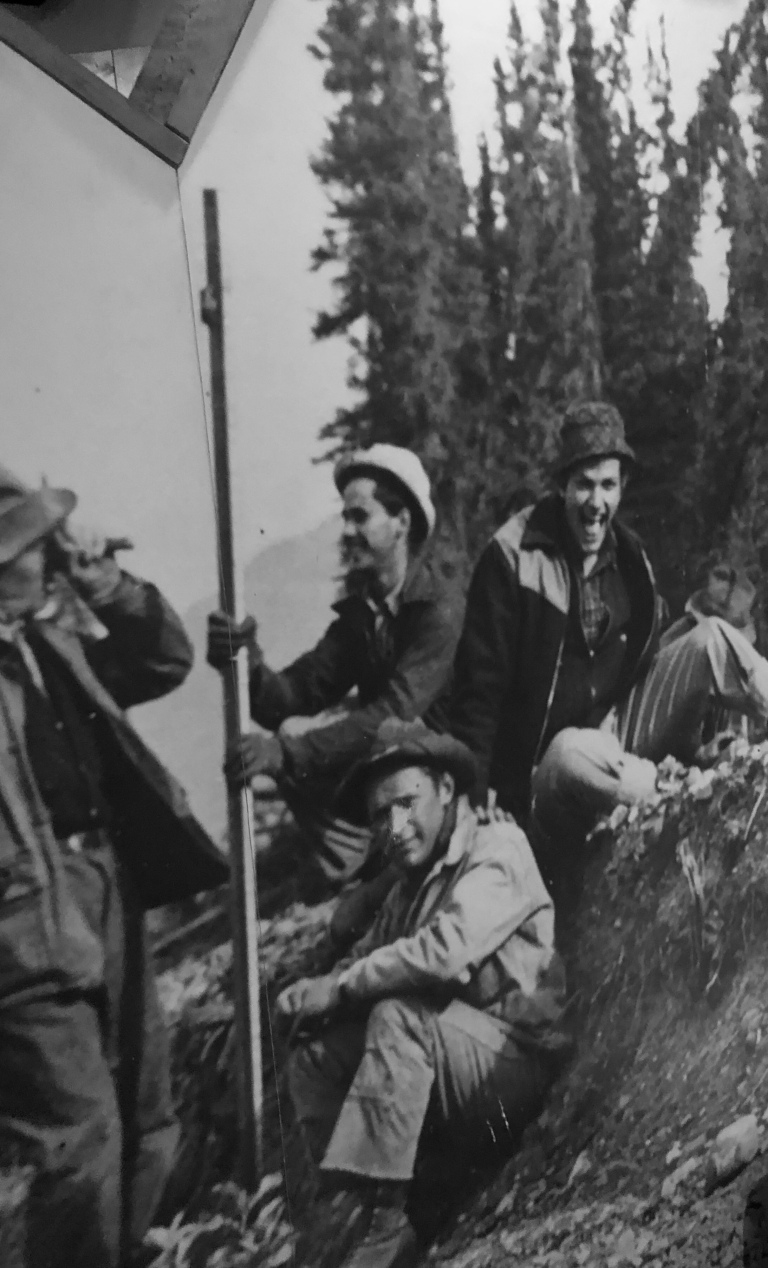 Like explorers before them, these men took up the challenge and made an incredible contribution to North American history. 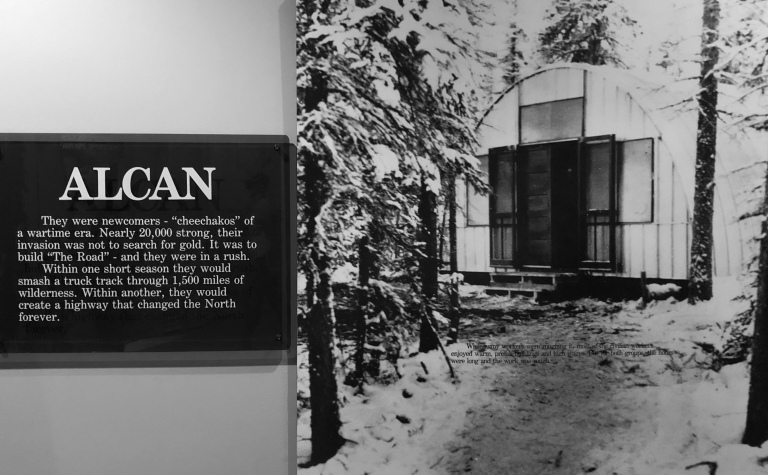 The black and white photos are from the terrific museum in Dawson Creek dedicated to the Alaskan Highway and the construction miracle it represented. 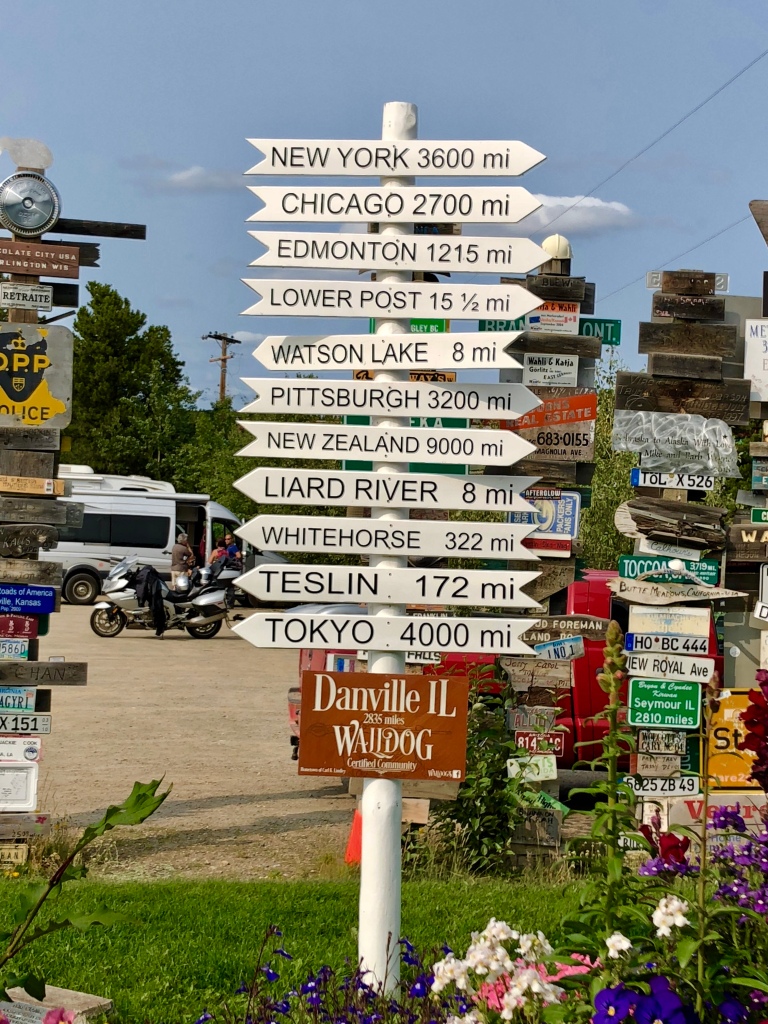 “The Alaska Highway (also known as the Alaskan Highway, Alaska-Canadian Highway, or ALCAN Highway) was constructed during World War II for the purpose of connecting the United States to our 49th state – Alaska – across Canada. It begins at the junction with several Canadian highways in Dawson Creek BC, and runs through the Yukon Territory to Delta Junction, Alaska outside of Tok and Chicken.

Completed in unbelievable record time of 18 months in 1942 and under budget, it is approximately 1,387 miles long now after some improvements and new construction. More than 20,000 armed forces personnel and civilian engineers worked around the clock 24/7 to complete the Highway. It was a muddy mosquito ridden project but it was essential for the war effort and provided an important connection to the most distant part of United States. After the war, the highway was opened to the Canadian and American public in 1948. It also represented a landmark US Canadian cooperative effort although not without a few glitches along the way.

The highway today has been legendary over many decades for being a rough, challenging drive, – those that complete it – especially in a motor coach are brave souls even though the highway is now mostly paved – during summer it is constantly under reconstruction.

Our pictures try to illustrate the road’s current condition as well as how incredibly difficult the highway’s construction was – but they persevered.

Americans and Canadians from all over North America built the highway – working ceaseless long hours under horrific conditions no matter the weather.

Thru the Wilderness they came….turning narrow, tight lumber harvest roads into a national highway.

The photos attempt to show the work and wonder of this project. Having driven the highway it’s still hard to imagine that it was built in 18 months.

An original piece of road machinery – left in place at the end of the project.

Above is our signpost which now hangs in the Watson Lake Signpost Forest as proof that we were there!

Here we are on one of the original bridges of the Alaskan highway, which is no longer in use – it’s a memorial of sorts to the hard work and spirit of the workers who built the highway.

The Highway from our front seat of the Taj perspective – speed limit was 40 mph but we rarely drive over 25 and we still got a cracked windshield. 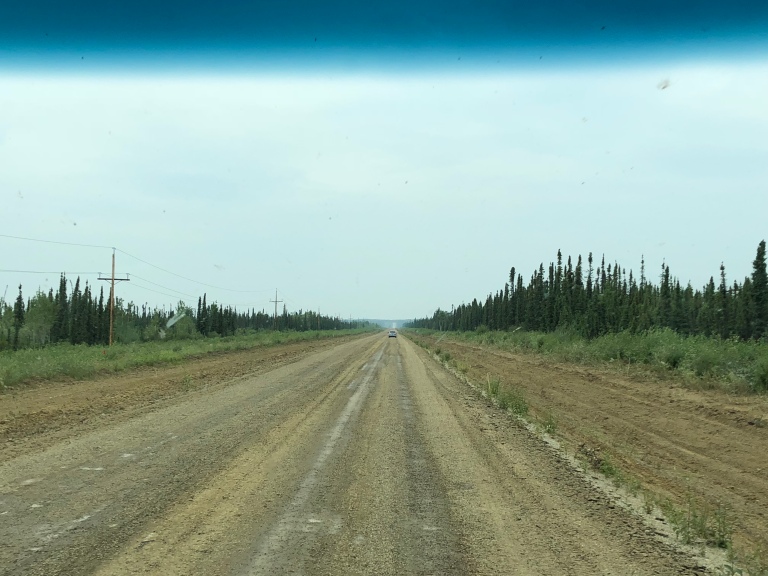 Chip and Seal is the process used to repair the roads – permafrost under it requires work be done June to September only and traditional road coverings like concrete don’t work well with the frost heaves and other weather extremes experienced up here. So each year thy chip up the old layer and then grade and press the chopped up road down as the new layer. It’s messy, dusty, rugged and very tough on all vehicles.

Trembling Aspen in Canada – similar to Quaking Aspen in Northwest USA. Each tree is connected by its roots to the one next to it – they are families of trees – interdependent and strong together. They were just one of the beautiful landscape features we enjoyed on the drive. The light flicked through them when they trembled.