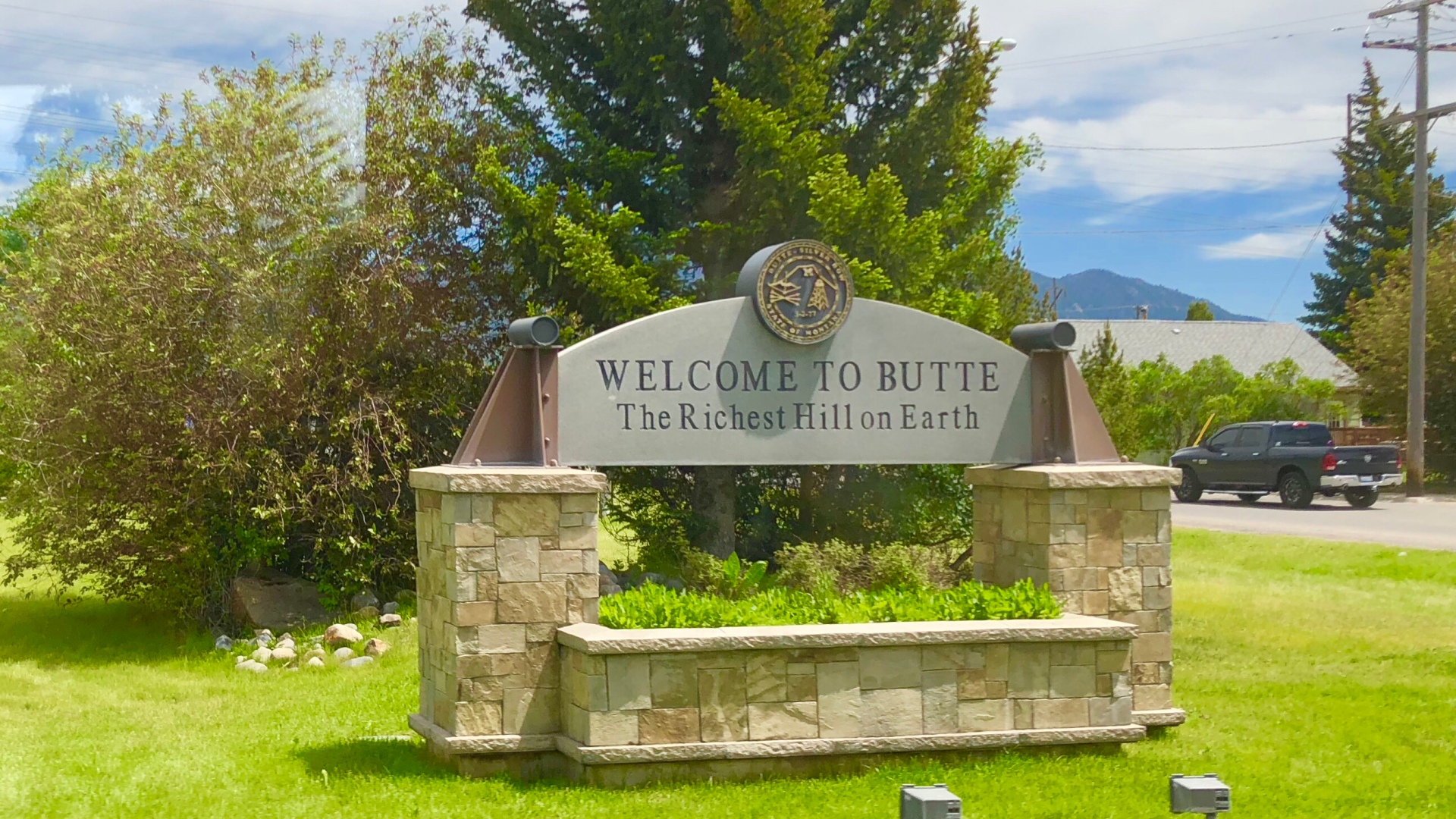 Our Fantasy RV Tour starts in Coeur. De Alene on July 7th so we made our way there via Billings, Butte and Missoula Montana. We are returning to a state we have grown very fond of and seeing the southern half of the state.

Billings is an oil terminal town and at least three large refineries are located there – oil is brought in crude and refined for shipments throughout the USA and abroad. It’s not a particularly attractive city so we hardly took any photographs. It appears very distressed and could use a revitalization. The smell of oil is intense and widespread. We stayed just two nights at the Billings KOA where I beat Rick three times at miniature golf. 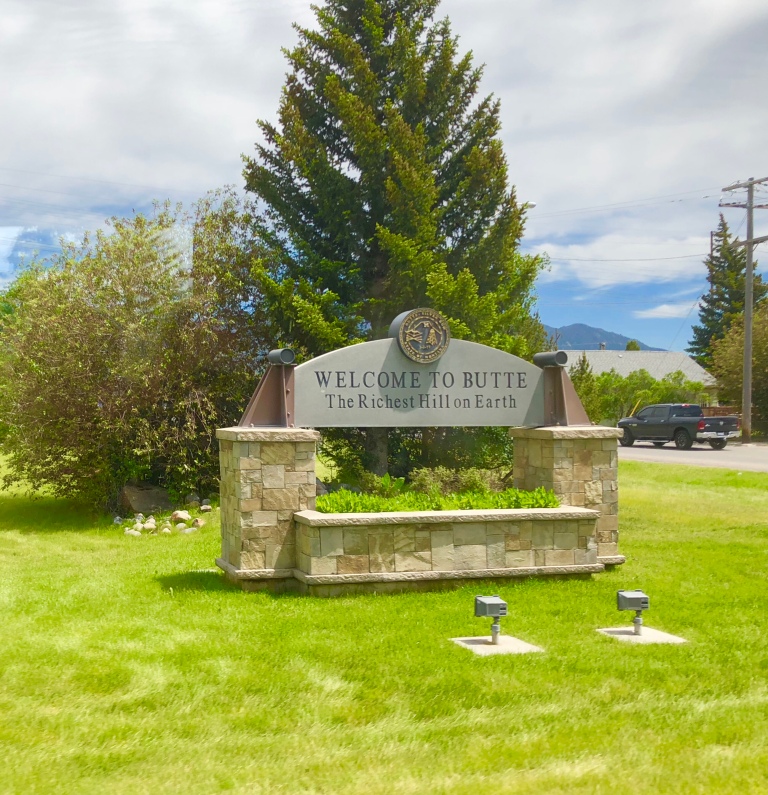 Butte – “the richest hill on earth” as the sign says – caught our eye for many reasons – mining history, Union strife, populist politics and a hotbed of social activity for many years – it’s appears to be in the midst of a serious comeback attempt with downtown revival, a great tourist atmosphere and good restaurants to enjoy. It’s a small town type city but the friendly warm people make you feel welcome. 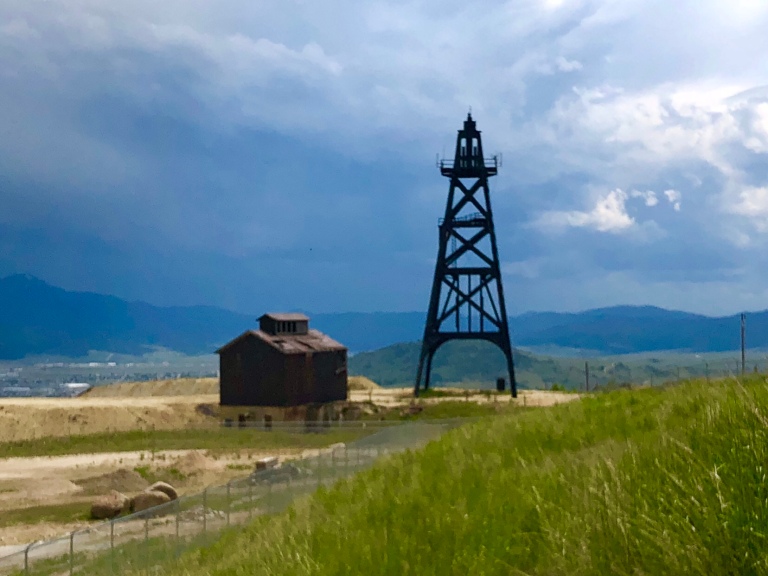 Mining for minerals like copper, silver etc. is more prevalent here – the land and its shapes have changed dramatically – we did miss the abundant fields of corn, grain and herds of cattle. This southern Montana landscape is very rugged in places but still intriguing. We had lunch at a cafe called Sparkey’s Garage and saw this cool sign on the wall. The cafe was filled with automotive memorabilia and also had a great burger and fresh fries. 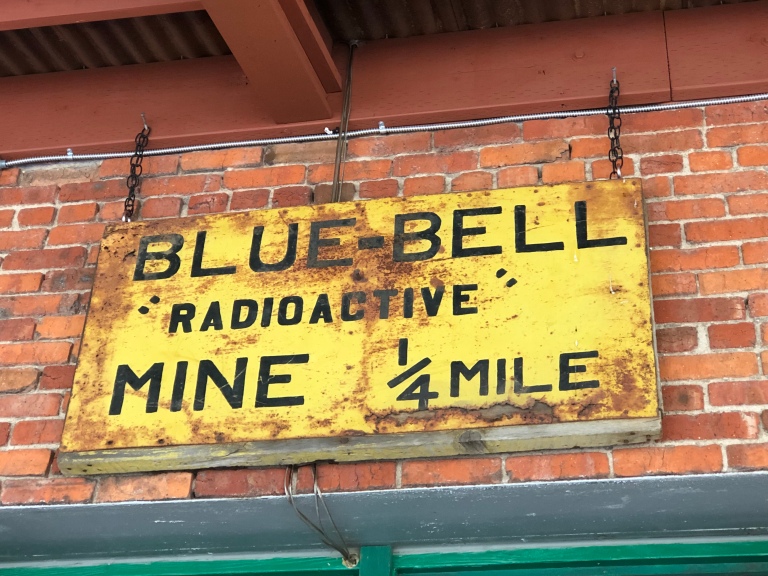 Below is a shot of one of the many abandoned mine elevators marking where the workers were sent below to the mines. Hard to believe they held on to ropes, stood on an open platform for two people and were lowered fifty plus feet down in to shafts where copper, silver and other minerals were discovered and collected. 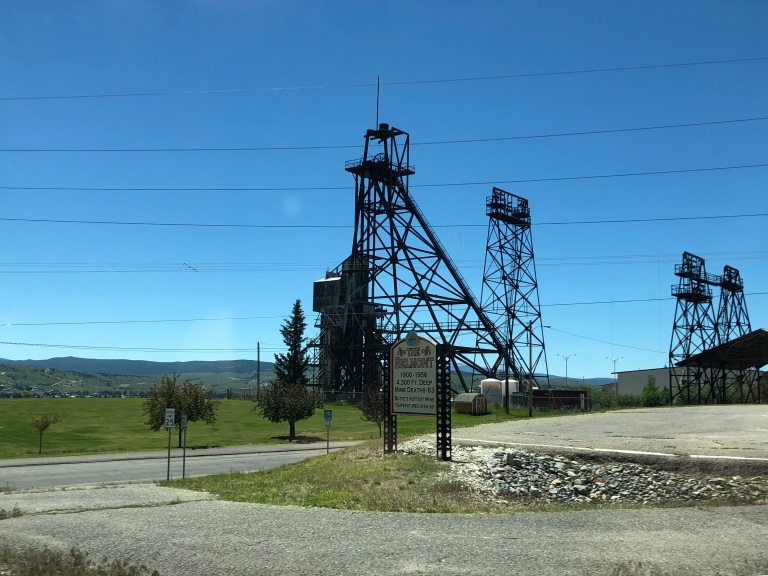 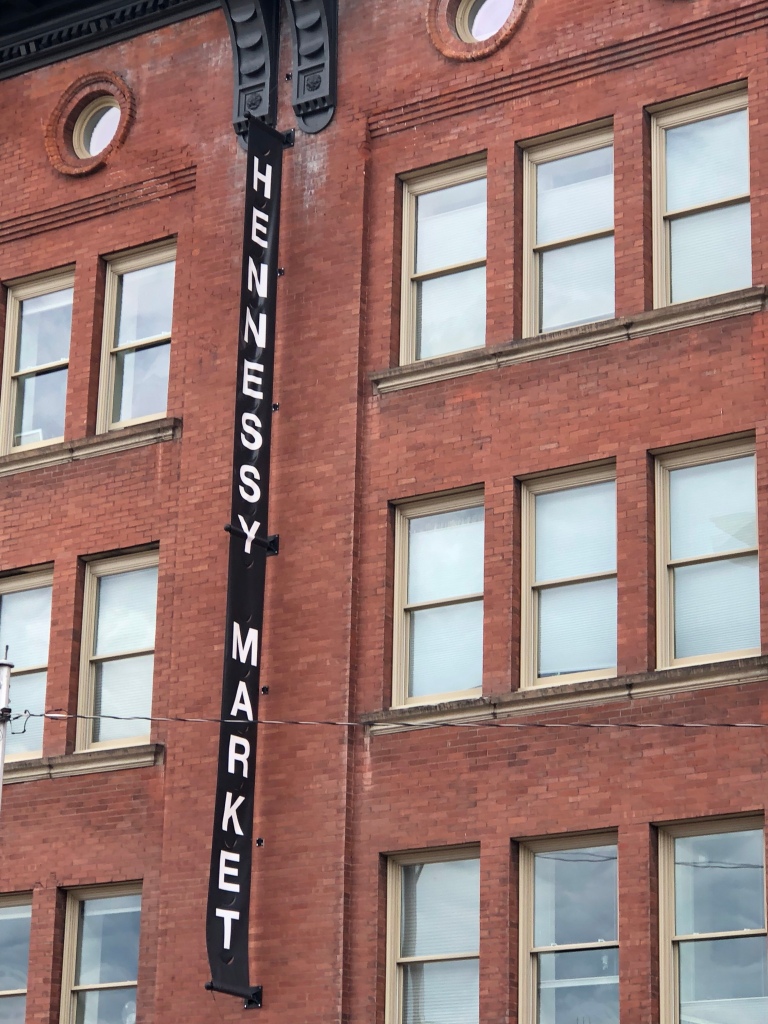 Hennessy was an Irish immigrant who came to Butte in the late 1800s – set up a grocery business and successfully sold dry goods and produce as well as cloths and other sundries to miners and their families. There was no Amazon in those days. 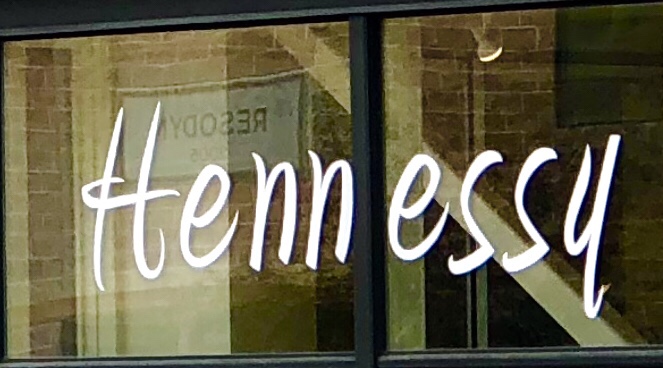 Many Irish and Scottish immigrants came out here to find their pot of gold or coal, oil etc. They adopted the cowboy customs and often built small empires by skirting the law when necessary. We wondered if I had relatives here – today the store is a “Whole Foods” type supermarket and the former larger site us being restored fir condos. The area and its trendy market is now attracting the younger professionals and artist types. 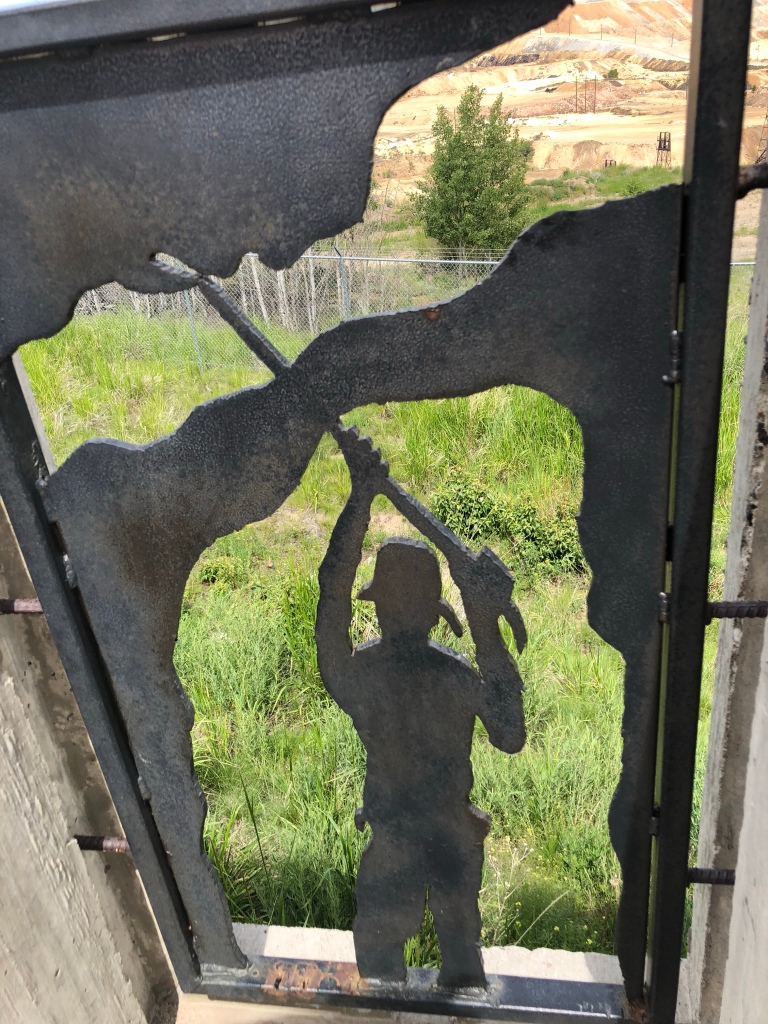 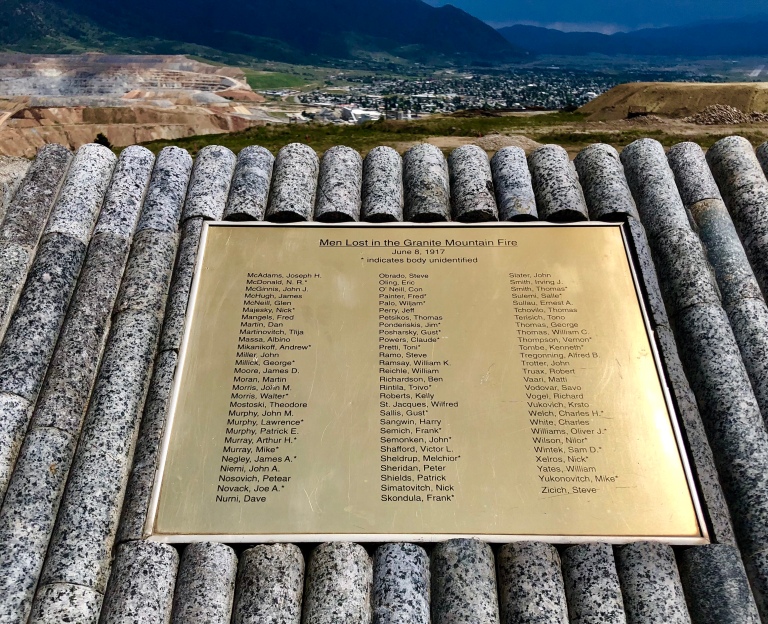 This is a beautiful and moving memorial high above the city to the men who lost their lives in hard rock mining’s greatest disaster at Granite Mountain – the Speculator Fire. We were moved by it’s style, composition and engravings. The fire illustrated some of the terrible hazards of mining hard rock and forced the government to strengthen miner protections.

Workers from twenty-five different countries were represented in the group of 168 men who died in the Granite Mountain Fire disaster. Butte was a melting pot of immigrants seeking to find a better life for themselves and their families. 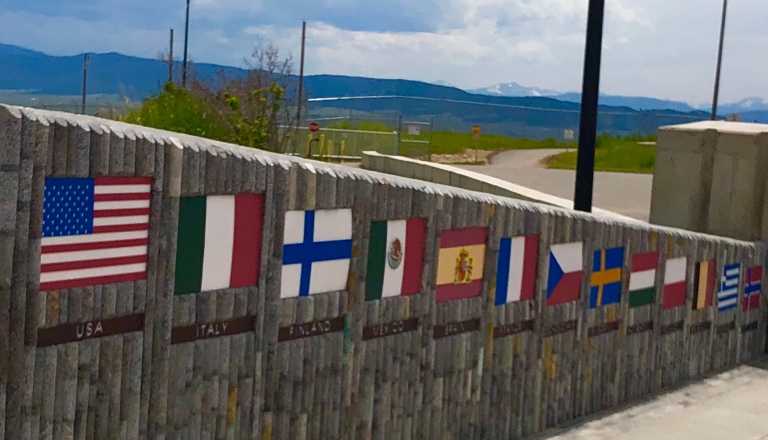 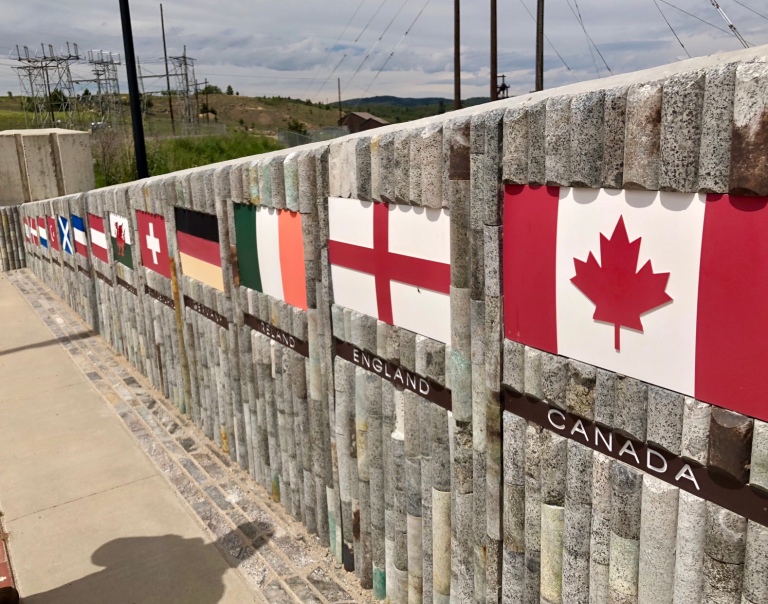 Butte was once America’s most unionized town west of Mississippi – even the housewives and single women had a support organization. Only the bawdy houses or brothels remained outside the unions – run by madames and men they were essential for so many reasons – work for the younger women and solace for the men who struggled up to 18 hours a day below ground. 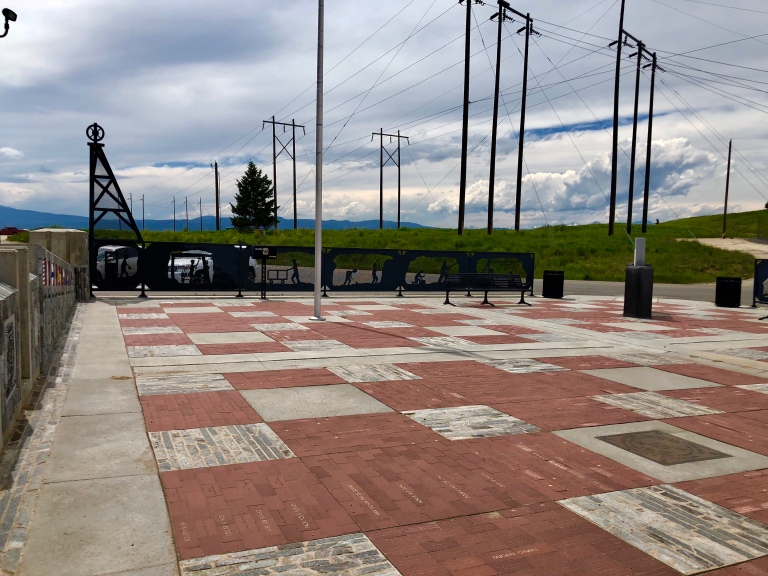 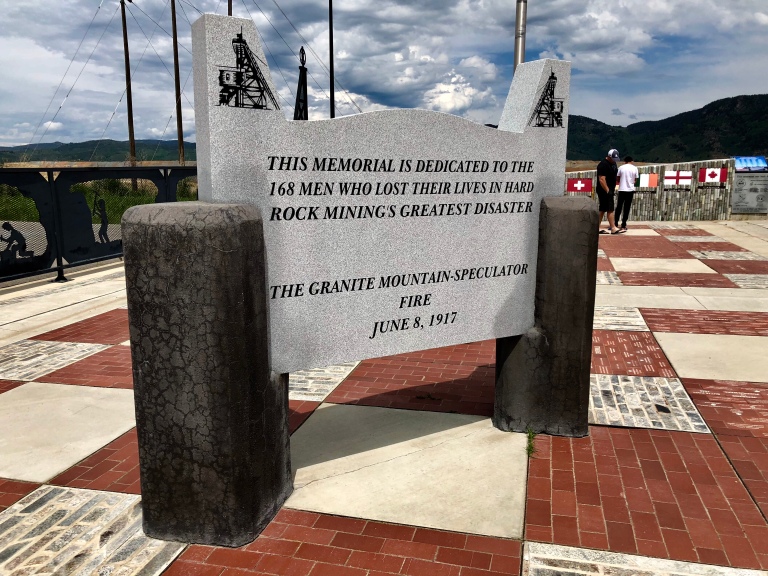 Butte had interesting architecture in its buildings and homes. Many wealthy merchants and mine owners, like The Copper King, built grand homes on the boulevards of this city dependent on its wealth underground. You can tour the inside of several but we liked photographing all types of homes including the tiny four room company homes provided to miners by their mine owner employers. Many of these large and small homes are being renovated and preserved by a new generation of Butte citizens. Here are a few examples. 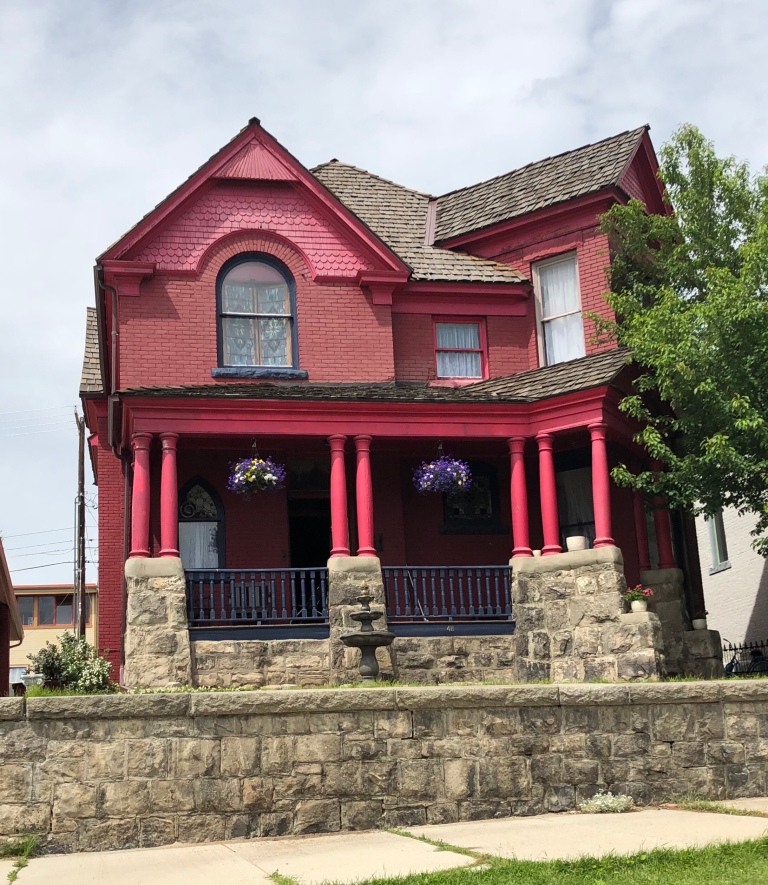 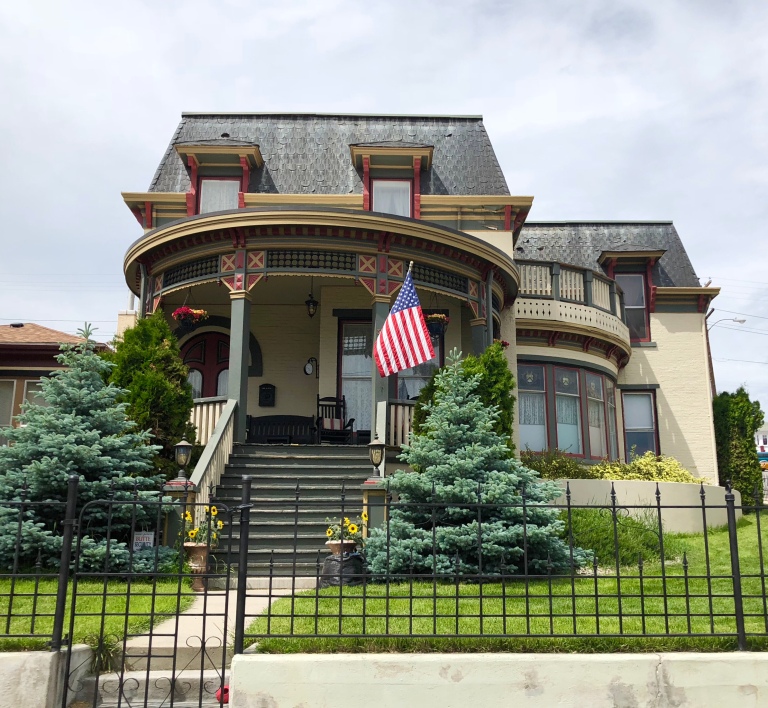 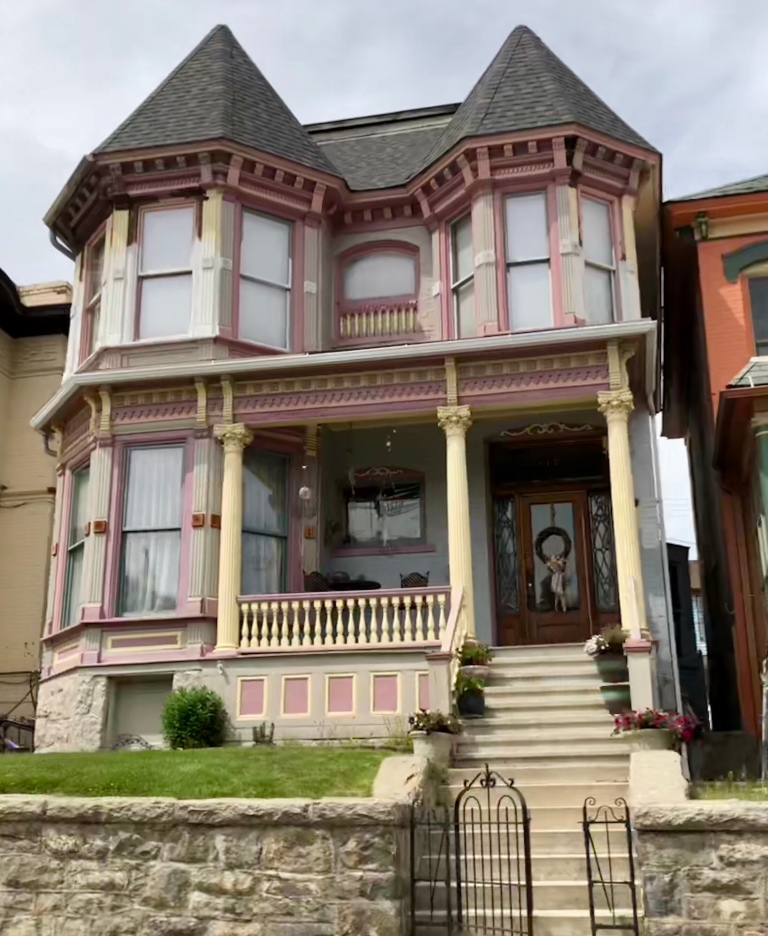 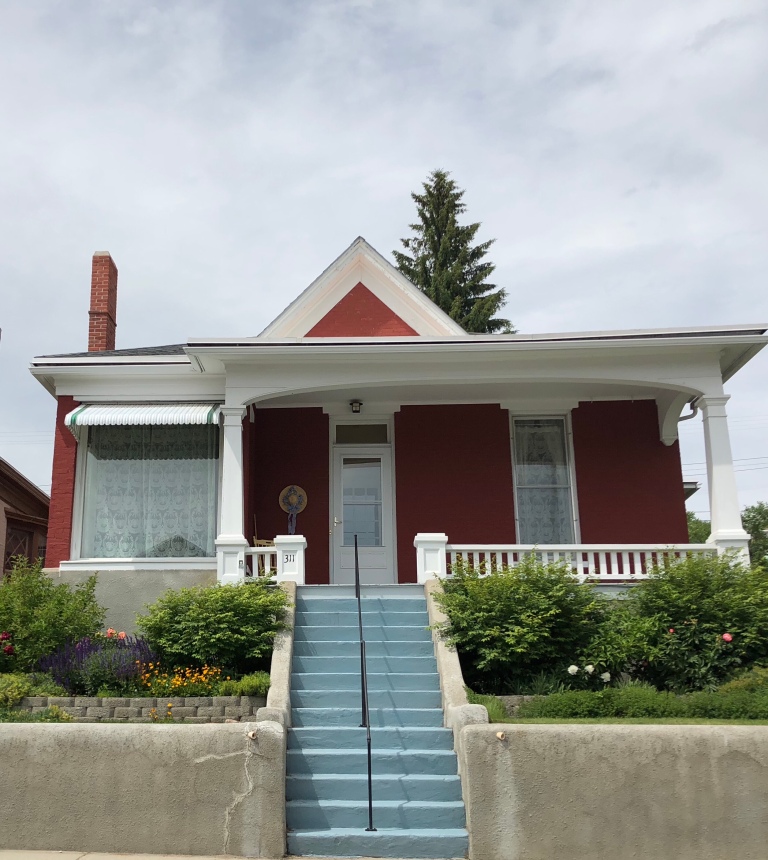 Butte is a worthwhile stop if only to get a good perspective on the value of natural resources and how reaping them has both negative and positive aspects. In the Big Sky State it’s important to appreciate the role it’s vast resources underground played in its history.