On the top of a “Green” Mesa – a mountain with an eroded flat top – a series of ancient villages have been preserved and can be toured via a very long winding road. It took almost an hour to reach the top of the Mesa Verde and then we were treated to a tour of several of the cliff village sites. Visitors cannot climb into the villages now as they are suffering from that exposure. For an additional price one can climb a rough hewn ladder to look into the dwellings but it’s in a precarious location and we were happy to view them from across the ridge.

There were excavations to examine and terrific guides to explain how these ancient people lived full lives for about 1000 years and then just disappeared. Research suggests they were conquered by neighboring competing tribes and taken away as slaves to the south or contracted a deadly disease or infection.

These people were the original “pueblo” – named after the word for their high elevation cities. They had a rich heritage and were artisans and creative people. Be prepared for this elevation – it’s over 7000 ft so drink lots of water and protect yourself from the sun. A couple of hours there is plenty for regular tourists like us. There’s a good museum and visitors center as well.

Cliff dwellings were built into rock/stone crevices for defensive reasons and to shade the inhabitants from hot sun and other extreme weather.

The above pictures show one of the villages that existed for just 100 years and the dwellers just vanished. Theories about how and why continue, although war and disease are probably leading causes.

Excavations reveal the pit dwellings that were built by the earlier settlers on the Mesa before they learned how to build clay brick cliff dwellings. 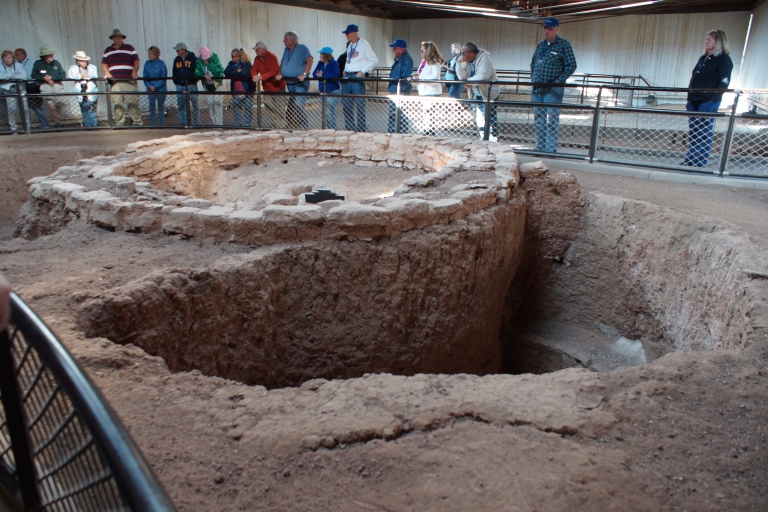 Below you can see the trees at the top of the Mesa – mixed among the cliffs and rock – weather resistant small pines carry on regardless of erosive forces. It’s a remarkable site demonstrating life in the 1200s here and a fabulous way to learn about the very earliest native Americans. 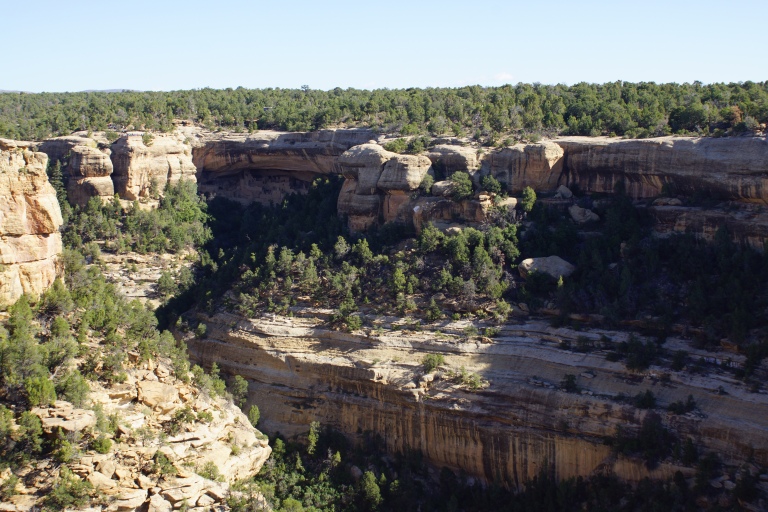 This is the Mesa from the highway leading to the winding twisting road that leads in and up to the park. This was a somewhat difficult tour due to elevation and heat but well worth doing