Several elements we forgot to include in our Oklahoma City update must be added here.

More than life sized – the detail and art in sculptures is enticing and memorable. The figures represent courageous settlers who took advantage of the opening of new territories to settlement in the mid 1850s.  Stretched out across canal and riding off to the west – the rush to re-settle in new land is off! 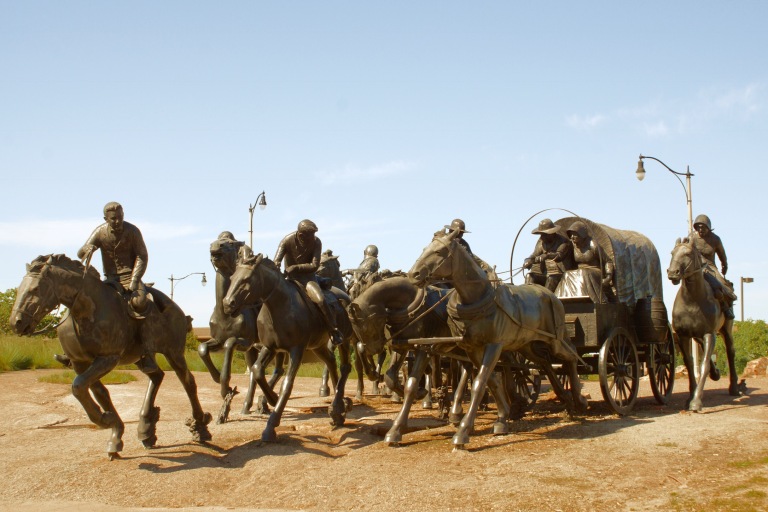 Wagons with families who braved unknown risks and terrors for a new start and a piece of land to call their own.

This large Native American nation, once a part of the Choctaw, flourished after relocation from east of Mississippi River to land in new territory that became Oklahoma & Kansas. Today the nation, operates 18 casinos and hotels, several fuels stops on major highways, a large cultural and education center, schools and their own healthcare company – an annual income of over $14 million allows the nation to advance their agenda and support their members.  They also participate in all facets of Oklahoma civic life. The nation has a history of democracy predating European arrival.  This monument celebrates their history, contributions and leaders. 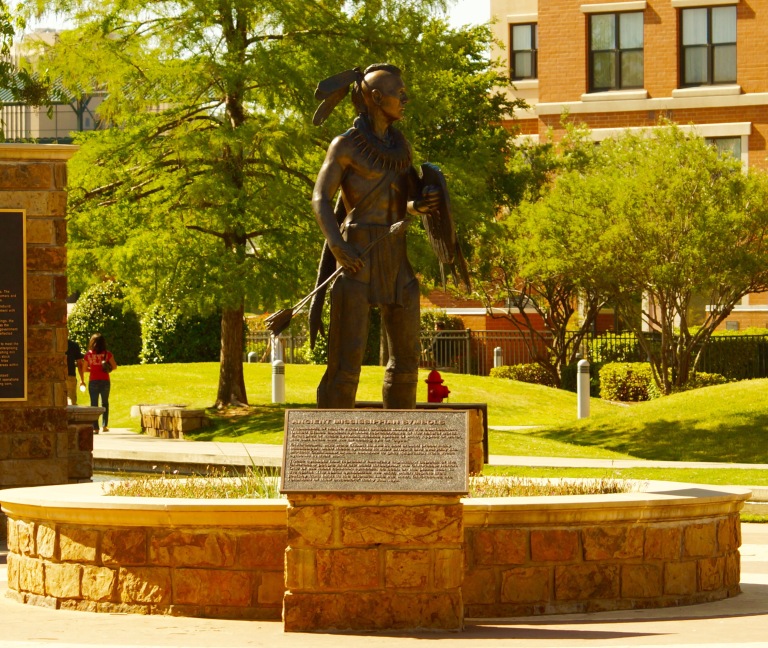 Tishomingo – one of many distinguished leaders.

The surrounding tablets tell the Nation’s story and comment on their accomplishments.  Take the time to read and enjoy!