Our three weeks s at the Cape Cod Camp Resort in East Falmouth began quickly – 2 days there and we were off the Boston for dinners with old friends and  USS Contstitution event – lunch with former Captains & their wives – albeit separately.  Stayed at our favorite Boston hotel – Boston Harbor Hotel where Lola & Lenny are welcomed with treats and a cushy bed!  Dinner with Friends – Brian & John the first night was terrific – nothing like relaxing on a beautiful South End patio with martinis that had barely met Mr Vermouth… Uber comes in handy for these meet ups!  Our separate lunches the next day with Our Ironsides family were a chance to catch up and share news.  We returned to Del Frisco’s that night with The Bonners – former Ironsides alumni.  It was a good night before the thunder storms.  Boston Weather was okay but not as hot as Previous 4th weekends.  Lola got her introduction to city noise and fire engine sirens.  She was scared at first utbthenbtook it in stride. On day three we headed north to Concord NH for Rick’s nephew’s wedding and celebrated this lovely event with Rick’s sister Debbie, husband Mike & many other family members.  We returned to Cape Cod to welcome our son Sean & his son Shane for an overnight.  It was their first experience on the Taj.  Shane exhausted us with his constant energy and we all had a great time although it could have been warmer.  They stayed thru much of the Fourth so it was a special Independance Day for us.  Later we watched the Boston Pops & Fireworks in the comfort of the Taj.  The weather stayed cool for our first week but we had several other guests – my dear friend Mary came to see the Taj & we had a great lunch at the Lobster Trap in Bourne, Rick’s former staff came for a Taj tour & cookout  and my brother and his wife visited Sunday & that meant another Lobster Trap lunch 😋.  It was great to see all this family as we told everyone we will be away from the East 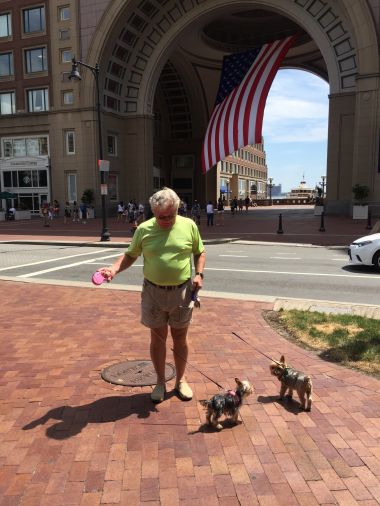 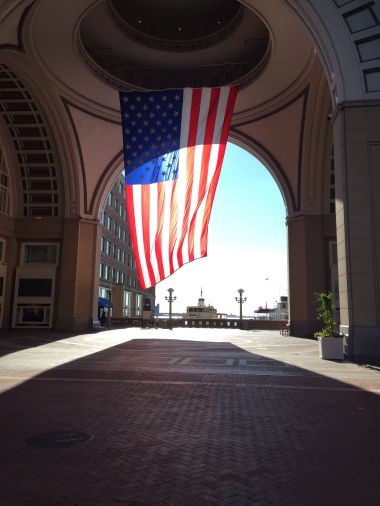 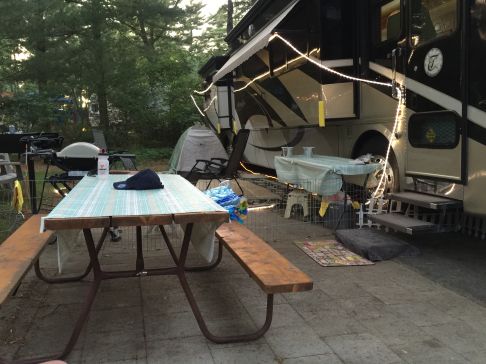 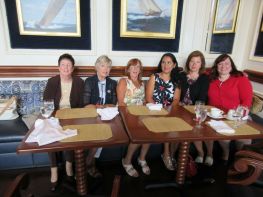 Coast for all of 2017 and would not return until later in 2018.  This is  the Taj New Engkand Farewell Tour!